The Black Mountain College, a school located in North Carolina, made history when it became the center for American cultural production in the middle of the 20th Century.  The school promoted the artistic and educational experimentation not usually pushed by other schools at the time.  Josef and Anni Albers were a couple of the first teachers of the school.  After the Bauhaus closed because of the Nazis, they came to the United States.  They, along with other individuals such as Walter Gropius, Jacob Lawrence, Willem de Kooning, Robert Motherwell, John Cage, Alfred Kazin, Merce Cunningham, and Paul Goodman, played an enormous role in the minds and lives of the students at the school.  The school became the model for what an American experimental education system should be.  After reaching its limit in terms of influence of its students and other establishments, the school closed.  However, its legacy lives on due to its influence through the generations of students attending other art schools. 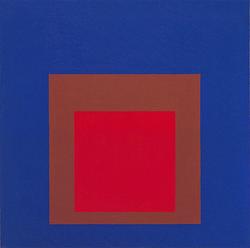 Two examples of Josef Alber's work on color. He was one of the first professors at the Black Mountain College. He and other teachers like him played an enormous role in shaping the minds of how students thought about and made art. 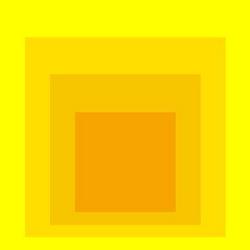