(1825-1875 )The Hudson River School refers to a group of American landscape painters that formed together in the years 1825 to 1875.  The group was full of patriotic spirit – a trait that gave them a boost in popularity among people of their time.  The paintings of the artists were themed around the aesthetic qualities of their homeland.  The main promoters of the group included Thomas Cole, Thomas Doughty and Asher B Durand. 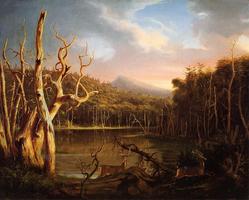 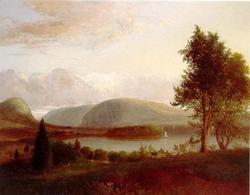