A style of art in the late 1800s that stressed the ornamentation of interiors. Objects were ornamented, surface coverings will decked with fringes and furniture was decorative. The movement influenced predominately the United States and England.  During this time in each country, the concepts of mass production were in full tilt, and so using different kinds of styles in the same product was promoted. A British man named William Morris put down the opulence of these developments and instead promoted using quality craftsmanship and design.  It was this reaction to the industrial developments of reproduction that brought about the movement.  Artists tried to bring to people’s attention the important of the individual creativity and worth of each human – as opposed to being a nobody in the growing world of development and progress in technology and industry.  The arts most influenced by the movement include furniture design, architecture and the decorative arts.  Examples of influential artists of the style include John Ruskin, Walter Crane, Frank Wright and Dirk Van Erp. 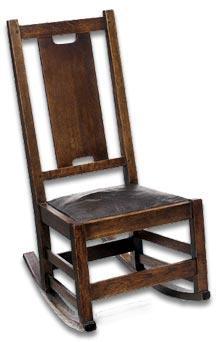 Example of a piece of furniture from the Art and Crafts Movement. Simplicity and quality of design was heavily stressed. 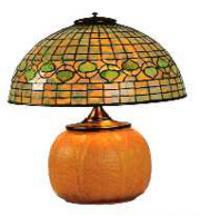 The design of this lamp show the how the use of carefully chosen shapes and color were hallmarks of interior decorative objects from the movement.