Begun in the early 1900s, the Group of Seven emerged when a group of Canadian artists became aware that their style was rather similar.  The group of artists that eventually formed put on an exhibit in 1920 that included J.E.H. MacDonald, Franklin Carmichael, Frank Johnston, Arthur Lismer, Lawren S. Harris, Frederick Varley and A.Y. Jackson.  They gradually established their original style and became increasingly known around Canada.  The legacy that will follow them will include the fact that they were the first group of European descent to visually express the emotional impact of the Artic in paintings.

The group’s exhibitions culminated in 1931 when MacDonald passed away.  However, a new group emerged that called themselves the Canadian Group of Artists which included the original members Harris, Casson, Lismer, Jackson, and Carmichael.  Both groups continue to play a role in influencing their country’s artworks. 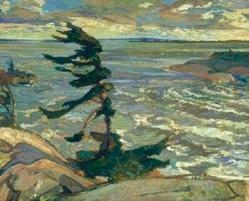 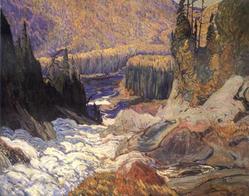