A rule stating that a camera should be placed somewhere inside 180 degrees on a particular side of the invisible line of a shot containing two people filmed in sequence.  If the camera crosses the line, confusion results for the film viewers, because it makes it look like the people are switching places as one watches the film. 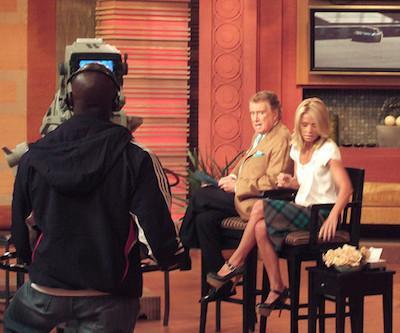