A style of artwork that emerged between the 12th-16th century in Europe.  The term refers to paintings and sculpture that contained a naturalistic style.  However, predominately the term “Gothic” is known as an art movement that influenced the architectural style of the day.  Intricate ornamentation, such as pointed archways and complex rib vaulting, characterize the Gothic style.  The movement started in France and spread through Europe.  It replaced the Romanesque architecture style before it because it allowed for stained glass windows rather than traditional mosaic decorations; moreover, it also permitted thinner walls to be built – as opposed to the thick ones in the Romanesque style.  Examples of Gothic architecture include Amiens, Reims and Chartres. 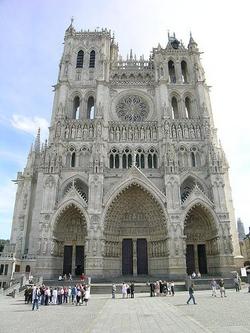 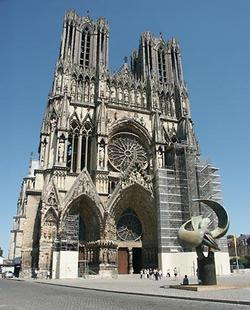