(1888-1899)  The art movement called Nabis was formed from a group of Paris artists.  The group included Post-Impressionist illustrators and artists that played a big part in influencing the development of graphic art.  The leader of the group was Paul Seriusier; he and the others were devoted to the work of  Paul Gaughin and its color technique.  They stressed putting a focus on design along with another art movement of the time called Art Nouveau.  Key artists of Nabis included: Maurice Denis, Ker Xavier Roussel, Félix Vallotton, Pierre Bonnard, and Édouard Vuillard. 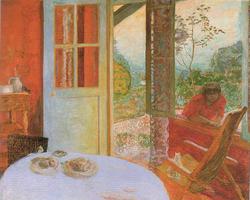 Two oil paintings by the Nabis artist Pierre Bonnard. Use of color and design were key elements that influenced the Nabis art movement. 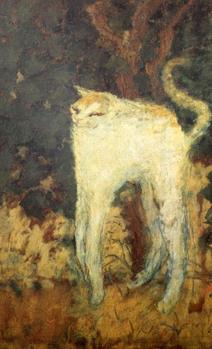