(1890-1940) Modernism is an art movement that left tradition behind and instead utilized creative modes of expression that were different from the styles of the times from which it began.  Interest grew in experimenting with new kinds of materials such as paint, and letting one’s ideas and feelings flow out into a visual reality.  Portraying what was real was not important, as a result, audiences needed to pay extra attention to what they were looking at in order to understand the artist’s message.  Key artists of the movement include Paul Cezanne and Edouard Manet. 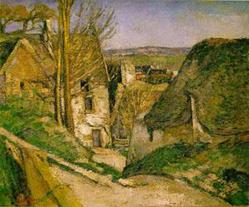 Two examples of Paul Cezanne's paintings. He is considered to be the father of modernism. 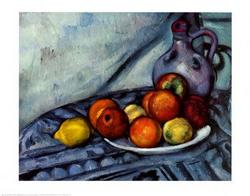